How to undo user activation

If a user is activated by mistake, you can revert them back to their previous status by using one of the following methods:

You can manually undo activation through the user profile's options menu like as shown below: 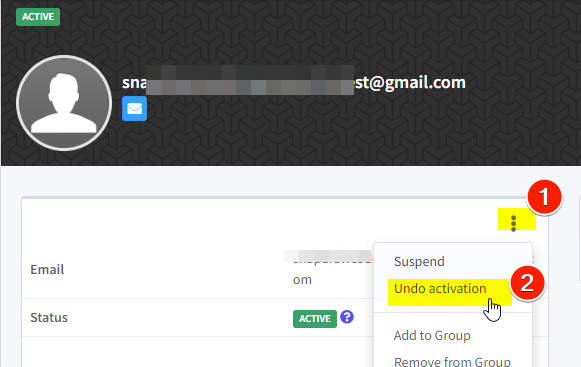 If the user was previously in applied status, undoing activation brings them back to that status. The same goes for users that were previously in the invited status.

If you're looking to do this in bulk (for more than a dozen users), both the API and the CSV file support an undocumented status called undo_activation which does the same thing as the UI.

Using the API, you can use the testers#update request with undocumented status called undo_activation to change user's status back to what it was previously (e.g. applied or invited) prior to being set to active. 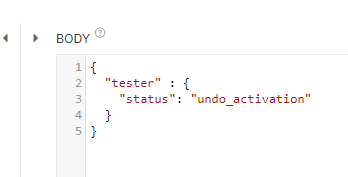 Like with the API, the undo_activation status can also be used when importing (more at: How do I import my email list into Prefinery?).